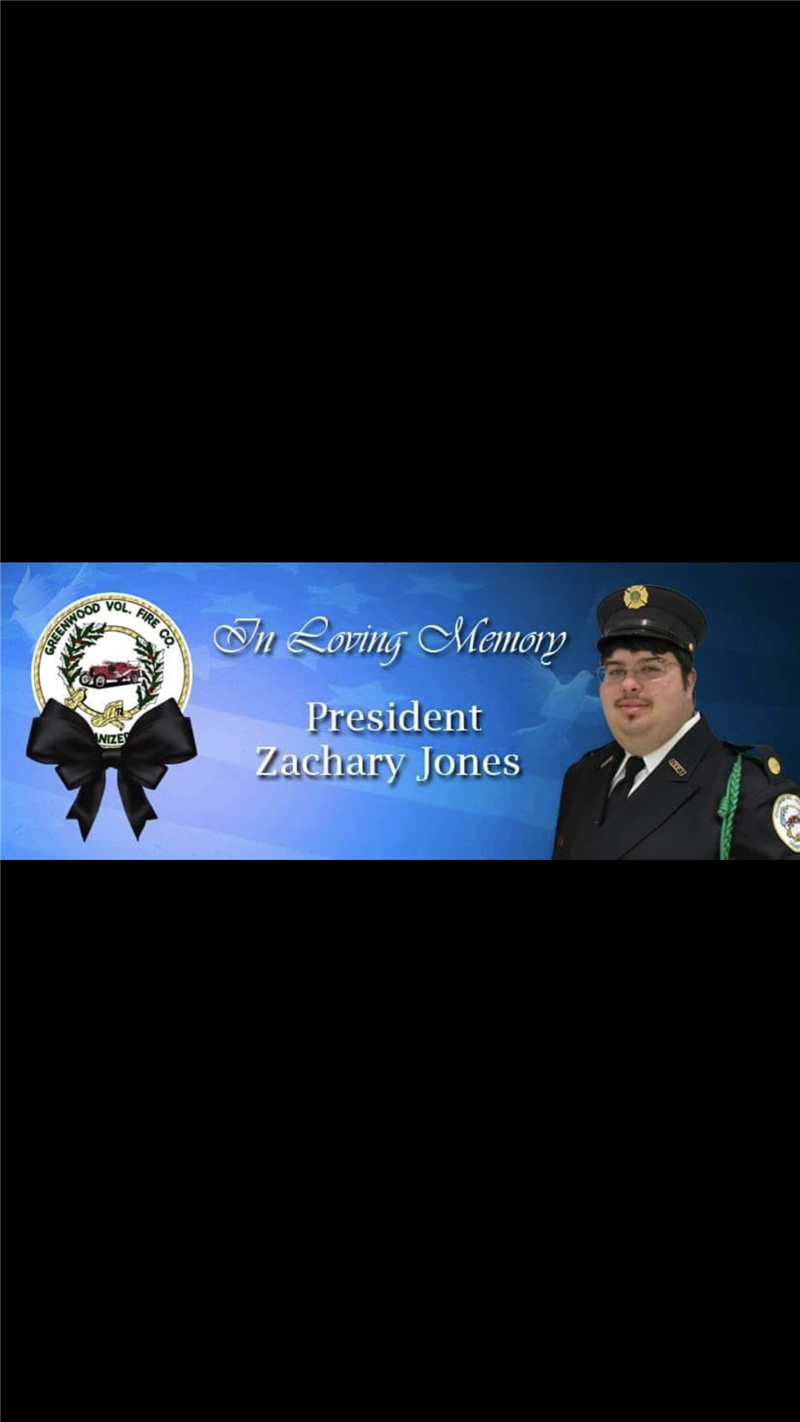 Zach worked for Melvin’s Funeral Home in Harrington, where he completed his apprenticeship and became a licensed Funeral Director. His goal was to one day work at Fleischauer Funeral Home, which he reached his goal April 2nd, 2018. Besides being a Funeral Director, Zach also operated Tom Jones Lawn Service alongside of his father. Zach also helped with the family business, Jones Boys Septic Service as needed and worked on the family farm.

Zach not only had a deep love for all of his family and would do anything for them, he loved helping people and his community. He would help anyone and everyone in need and gave selflessly of himself to help or improve others’ lives. His true love was his wife, Jennifer, his high school sweetheart who have been together for 12 years.

The first major organization Zach belonged in was FFA at Woodbridge High School and then on to Collegiate FFA in college in which he was President. He was a member of the Greenwood Volunteer Fire Company #1 INC, where he was currently serving as President. He was also a member of the Auxiliary of the VFW Post #7478, Greenwood Lions Club and Delaware State Funeral Directors Association. In addition to his father, he was proceeded in death by his grandparents, Robert and Betty Jory and Arthur Jones. He is survived by his wife Jenn Jones; his mother Robin Jones; his brother Chad(Casi) Jones; Best Friends Justin Boyce and Josh Willing; several aunts, uncles, nieces and nephews.

Services will take place at the Greenwood Volunteer Fire Company, 12611 Fire Hall Ave., Greenwood DE 19950 on Tuesday, June 19, 2018 at 1p.m. with a visitation starting at 11 a.m. Interment will be at St. Johnstown Cemetery, in Greenwood. Arrangements are by Fleischauer Funeral Home, Greenwood.

This will be a Full Fireman Service and companies wishing to send Fire Apparatus for the procession, please contact Assistant Chief Chris Petrone at 302-381-0616.